This article describes the four stages of community development and is inspired by the lives of the 10 Sikh Gurus and their teachings as embodied in the Sri Guru Granth Sahib.

The quality of life that we experience has a lot to do with the quality of the relationships we have with the people around us. We are changed by the people we meet and the interaction we have with them. The times we live in both express and call for a change in our inter-relations with each other. The temple of the Aquarian age is not a material building it is community [Sangat]; the bridge between the individual and the universal.

Guru Naanak initiated the evolution of a global community in his call to people to become disciples of truth [Sikh].
A truly global community is born out of the concept of unity; all is one therefore the other is me; which is equivalent to saying that Divinity is the consciousness of 'we'. Hence the first line of the Sri Guru Granth Sahib begins with the number 1 and the declaration of God's unity and all pervading presence [Ek Ongkar].

Individuals Are The Bricks
A community is made of individuals. Each one is equally a cornerstone. Each one is of equal value. To say that no one is more important than any other is not to diminish the individual. Rather it acknowledges, respects and includes all. We search for a place in the world where we can feel that we have some worth. Where we will be appreciated just as we are. We need an environment of non-judgemental acceptance in order to leave behind our shame and join others in building a new tomorrow.
But beyond other peoples opinion about us we are only really in community when we have enough self-esteem to include ourselves. The individual act of voluntary participation is the gem of humility that makes each individual rise up to take their place as keystones in the temple of human community.

Guru Naanak declared that he was merely the dust under the feet of all. He along with Guru Angad and Guru Amardas highlighted these first steps of building community through such deeds as the provision of a communal kitchen [Lungar], the education of children, uplifting women as well as bathing and clothing the poor and the untouchables. Their focus was on giving the individual a sense of inclusion. The care they offered carried an implicit invitation for each one to be self-accepting enough to brave the step beyond personal limits and into the collective.

Many Feathers Make Wings
Our humanity is an inward identification with the dignity of the soul in each other, the hidden light of god that constantly loves each one from within. This is the sense of WE-In-Me. Human community comes from knowing the pain and the love that moves in the solitary heart of everyone. When we sit in true community with others we get a reality check through which we can give up all or any doubt that others feel different from ourselves. From this direct and inward perception of sensory awareness comes a spontaneous inspiration to serve others. It awakens the inclination to generosity and it calls gratitude into being. Thus Guru Ramdas is known for his selfless service.
True community, through its charity, extends a call to remembrance. Nothing is imposed since that is the way of fear and terror. Spiritual community puts its faith in natural justice and when there is a conflict the commitment is to engage unhesitatingly in the fight for the consciousness; to free it from the prison of hypnosis and numbness. The fight is never 'against'. In this way Guru HarGobind led many free from false imprisonment.
The alchemic transformation of human community is that first we seek out its good company then through it we become a presence that moves others to discover again that forgotten relation of trust with their own soul. In such company we are both carried and we share in the loving labour of carrying others over the ocean of this world. Like a flock of birds taking turns to give and receive. Each bird alone is as helpless as a single feather at the mercy of the elements. Yet together the state of 'WE' Is realised. The collective is a pair of wings that need not wait for the wind. WE produces its own wind, OUR presence stirs a storm of awakening. Gathering together in love of the greatness in all we breathe the same breath, the breath of remembrance, the breath of truth.
Singing the same song produces a harmony that takes away all our fears and like a flock of swans transforms the fear of others into wonder. Guru Arjun gave his life to bring us these songs.

Global Impact
A global community is a community that has global impact. Not by its tyranny or oppression of others, nor by its missionary impulse or territorial self-expansion. Members of such a community live by the recognition of Thou-In-All. Such a community does not create or project a culture of sin, guilt and punishment. To abandon the path of revenge requires an extra-ordinary response; an understanding and kindness beyond measure. This was the example of Guru HarRai who forgave the emperor and healed his son in spite of the attacks on his predecessor.
The trade of this community is compassion; sensing the need of the other and making whatever sacrifice is necessary for the well being of the other. In purity of consciousness we will know that the taste of one drop of sorrow and longing is the same taste as the entire ocean of human suffering. And so Guru HarKrishan and Guru TegBahadur offered their lives in such a way that the waves of their immense compassion continue to wash over the globe today and will continue to have meaning for thousands of years to come.
Anyone who turns their attention to these examples and drinks from the unending well of spiritual wisdom written by the Gurus cannot help but become a member of global community. Such spirits are called GuruMukh. They emanate peace and sow the subtle seeds of virtue wherever they go.

Community Beyond Community
The paradox of community is that to truly participate in Global Community we must transcend the small world of groups. Free of any alignment to specific things or people we are available for alignment with all. Our attention is fixed on the one who made the play rather than the play itself, the one who gives the gifts of life rather than the gifts. This path of 'staying pure when nothings pure at all' is the way of Khalsa and was stirred into being by Guru Gobind Singh.
The transcendent state is not one in which the world is ignored. Rather it sets us free to know the one in all. Through the face of everyone we meet we recognised the light of God. It asks for the courage of universal solidarity; the total realisation of our common solitude. None is our enemy, and none is a stranger; we walk arm in arm with all. And, as Guru Naanak says in the last two line of Japji - when such a radiant being departs they shall carry many souls with them. 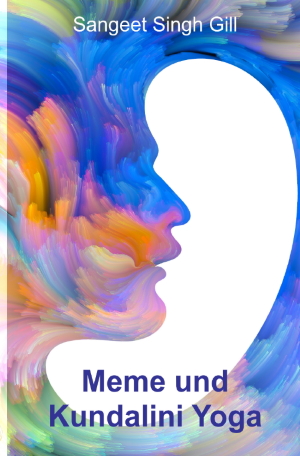